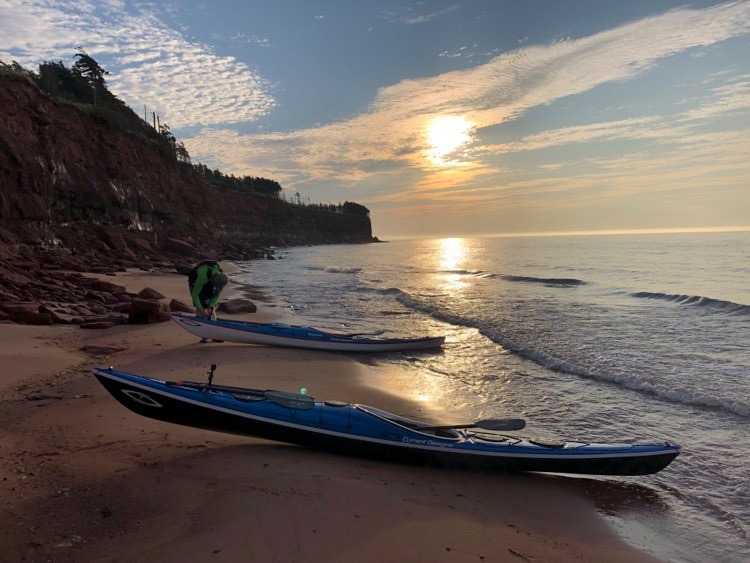 Heather and I have lived in a bunch of amazing locations all across our great country, Oh Canada. This nation has so many special spots that no matter where we moved to, we found amazing places to explore in our own backyards, and we reminisce fondly about each of them. Northern Ontario offered breathtaking and expansive networks of lakes that are only seen along the Canadian Shield. The mountains on the West Coast were magical and the Pacific Ocean is where I had my introduction to sea kayaking. Eastern Canada has blessed us with miles of private beaches that we have almost always to ourselves. All of these places we have lived had these “backyard treasures.” They may not have been the spots that tourists would gather (although sometimes they did), but they were locations that really resonated, they were the ones that we continued to return to time and time again.

We consider ourselves lucky, as we already have a few spots like that here on Prince Edward Island and the focus of today’s blog is a little gem on the Eastern end of the Island. I have been making a habit now of enjoying this great half-day trip out to view the amazing East Point Lighthouse from the vantage that we all love – the seat of our kayaks. Paddling to the most easterly tip of the smallest province in Canada offers a unique experience for the properly equipped kayaker.

In 2019, I was lucky to head there twice with friends. My first visit was early in January for a paddle with good friend and fellow instructor, Jason Richard. We launched from the North Lake Harbour. This wharf is home to one of the largest lobster fishing fleets on Prince Edward Island.

Paddling in early January meant that competition for parking space was not an issue, but water access and ice conditions can be an issue this time of year. We were lucky to grab a window where a relatively mild Fall and early Winter meant access at the wharf launch would work. No significant sea ice was present, and with light winds and no sea state it was a go for a beautiful morning paddle.

Leaving the wharf and heading out the run is a really cool experience. The large wood piling breakwater was built to ensure the lobster fleet and other users can gain easy access to the ocean from the small, protected North Lake Lagoon. This morning was cool and crisp with great visibility and two paddlers that were excited to do an early winter paddle in such great conditions.

The trip from North Lake out to the most Easterly tip is approximately 8 km (and another 8km to return) and there are landing spots along the way. When you leave the run at North Lake you are greeted with an expansive view of the Gulf of St. Lawrence. These are the fishing grounds that the fishing fleets work each spring for tasty lobster. For us paddlers it provides an environment that can be glassy during calm weather or can be quite angry if the wind is blowing. This shoreline is exposed to the north and there are no immediate islands to protect it, so on-shore winds can provide waves and angry foam piles, and if blowing hard enough or long enough can be quite violent. On the day we paddled it was flat calm and as we worked our way towards East Point we were greeted with a view of the East Point Wind Farm Development. This is one of eight wind farm developments on PEI and combined they provide roughly 25% or the energy requirements for the Island. Not too shabby for this sandbar nestled in the Southern Gulf of St. Lawrence.

As we approach the East Point Lighthouse the shoreline changed from scattered beaches and low lying shoreline to more red sandstone cliffs and we started to gain peek-a-boo views of the light house, which has provided protection to mariners since 1867.

As we caught glimpses of East Point we converged on the place that the Northumberland Strait, which runs between Prince Edward Island and the two other Maritime Provinces of Nova Scotia and New Brunswick, meets the Gulf of St. Lawrence. This can be a very dynamic location as there is a long reef that extends off East Point and there can be confused waters created by the two different tidal streams converging. If you add a bit of wind to interact with these tides it can be quite rough on the right (or wrong) day. Even without wind, making sure to time the tides is important, because if you round the point and the tide is flooding you may have trouble returning until the tidal currents slow to change direction. On this day the tidal current was on the last hour of the flood and we were on neap tides, so with no winds we were able to enjoy the winter beauty of this beautiful lighthouse all to ourselves! We have a short video recounting this trip in the additional resources below.

During my second trip of 2019 out to this lighthouse I was joined by friend and fellow Paddle Canada instructor, Adam Constantine. He and his family were visiting the Island and we decided to get together and get on the water first thing in the morning to squeeze a paddle in before I had to work. With a tighter timeline we decided to select a different launch spot, from East Lake Creek offering a shorter distance of just under 4 km to East Point Lighthouse, making for round trip of around 8km. This is a narrow run and as you approach the Gulf of St. Lawrence the creek shallows out. We had to drag our boats out to gain access to the Gulf.

This trip was quite a bit different. My January trip required neoprene, beanie caps and drysuits, now in summer weather, we enjoyed a beautiful, warm sunny morning for this excursion. We were greeted with some amazing sunrise vistas as we unloaded the kayaks and paddled our way towards the lighthouse. We rounded the corner and enjoyed the fresh morning sun pouring onto the most Easterly point of Prince Edward Island. As you round the corner there are a few pocket beaches and those amazing red sandstone cliffs.

On calm days there are landing areas on both sides of the Point, but the ability to land and access East Point Lighthouse is not possible, with very steep, unstable terrain. However, a short drive from either of the put-in locations mentioned above will result in the ability to visit the lighthouse, where you can climb to the top (for a small fee). There is also a small restaurant & gift shop and a well maintained property to enjoy the views out along the East Point Reef.  Some of the world renowned PEI Lobster that the Island is known for are fished off this reef. I have spoken to a couple of fisherman that ply these waters in the spring and have heard some excitable stories of inclement weather and rough seas while operating in this area. I have seen it angry before as well. It has a particular beauty on nice calm days, so we lucked out. I am however, continuing to explore this area for suitable rough water play and it is looking promising. Stay tuned for those adventures! Until then, thanks for letting me share one of my “backyard treasures” with you and if you are interested in adventures like this don’t hesitate to contact us, we’ll be happy to help you find the right direction!

Jarrod Gunn McQuillan is a Paddle Canada Instructor and the owner-operator of Cloud 9 Adventures based in the Maritime Provinces of Canada offering a variety of Paddle Canada Programs as well as sea kayak training adventures on the Bay of Fundy, Atlantic Coast and Gulf of St. Lawrence.

Adam Constantine Instagram Video of trip from East Lake Creek to East Point in July 2019 (post allows you to select from two music selections of the same video – second video is my pick!) 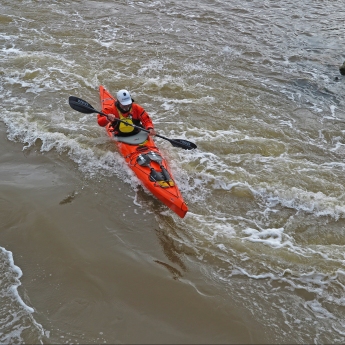 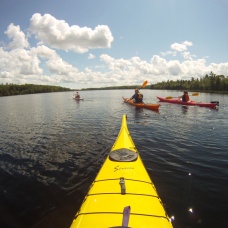 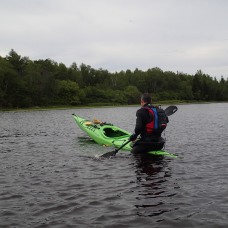